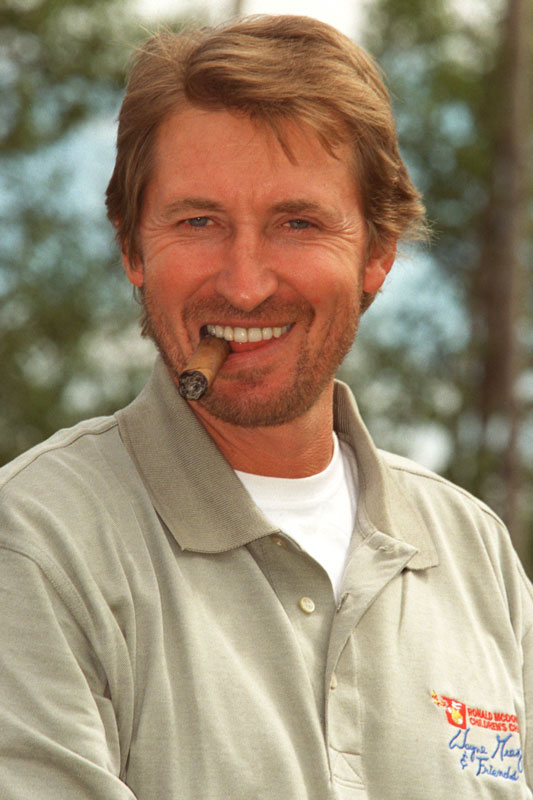 
Wayne Gretzky smiles with a cigar in his mouth as he hosts the Gretzky and Friends charity golf tournament in at the Northern Bear Golf Course near Edmonton Alberta in July 2002. The event was raising money for the Edmonton Ronald Mcdonald House and raised over $500, 000 in the three day event making it one of the largest golf fundraisers of its kind in Canada.